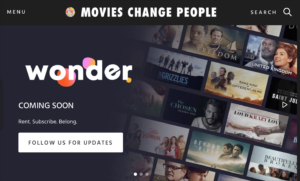 It’s been a minute since I last posted a Praying the Hours update. First, big news: we have a distributor! We’ve been working with Heritage Films (aka Movies Change People) over the last couple of months on all the “deliverables”  necessary for them to find our international audience. Helmed by Rod Hopping, Heritage—and Rod—are old friends, as they are also distributors of other Burning Heart films, most notably The Fair Trade (which can be viewed domestically on the BHP website). And we couldn’t be happier.

Rod’s first response on viewing the whole film was profound: “I am wrecked. Profoundly and utterly wrecked. And it’s wonderful.” His enthusiasm for the film is personal and his passion for it is professional: in business for nearly two decades, Heritage has a robust network of 13k content buyers, broadcast relationships across Australia and New Zealand, and more—notably the imminent launch of their streaming site “WONDER.” Unlike others such as Amazon Prime or Netflix, WONDER’s content is curated for the audiences that Heritage has spent nearly two decades getting to know. It will provide a streaming service where Praying the Hours might find a unique place in the world outside the reach of BHP.

Rod’s passion for the film lasted beyond his initial viewing. Having been locked down due to the pandemic for some time, when a brief window opened for them to travel, he and his wife headed outback to the Northern Territories where he found himself pondering what he might do to promote the film. Since viewing it, he says, the effect “hasn’t left me,” rather he found he was keen to see how he might help to find it a wider audience. “There is something around the depth of pain and the hope and grace that you’ve captured in PTH that is bound to help people who have suffered the loss of loved ones. And that is all of us . . . [also] it’s beyond religion and politics and wealth and poverty and position—you’ve somehow captured that in the film.” Finding a distributor as passionate to find an audience as we are is a true gift.

His first foray was to take it to the American Film Market, and there he learned of several strategies to build out the long tail of the film’s life. We’re very grateful to be working with Rod and his team (shout out to Danella and Georgia!), and eager to see how the film finds its way with their help. In the meantime, we continue to receive responses from friends and strangers, to whom the film has given something of value. Said one viewer, enthusiastically, “If Richard Rohr, Terrence Malick, and Mary Oliver somehow intersected . . . it would resemble this wonderfully soul-searing, aching story of mysticism through the lens of a generous Christianity you’ve made. . . . Part of its beauty and magnetism is its rarity.” These lovely comments from a stranger hark back, again, to Rod’s early response: “What I think I love most is that it leaves you with more questions than answers . . . incredibly unique.” This is a lovely and very complimentary way of saying, as we have been all along, that the film is its own thing—perhaps not for everyone—but when it lands, it resounds.

*This Just In: Thank you Nicole for your generous (and humbling) tithe and Dave and Dianna for your ongoing contributions to the release of Praying the Hours and for keeping the faith through all these stages of its release. (If you want to see the film or receive updates, write to info@burningheartproductions.com. To contribute to Burning Heart Productions and the release of the film, go here.)