As a young filmmaker I remember a distribution agent telling me that the answer to “what’s next?” is always, “we have several projects in various stages of development.” For years following I navigated Q&A sessions at the end of our films when the first question was often, “what’s next?” and the honest answer was, “to sleep.” Yet “to dream” follows right after that, and now, many dreams later, BHP does have many ideas in various stages of progress. As artists developing our own voices, the collaborative art form of filmmaking requires us to be ready with stories that inspire others to join in. Here, we hope, are a few stories like that. 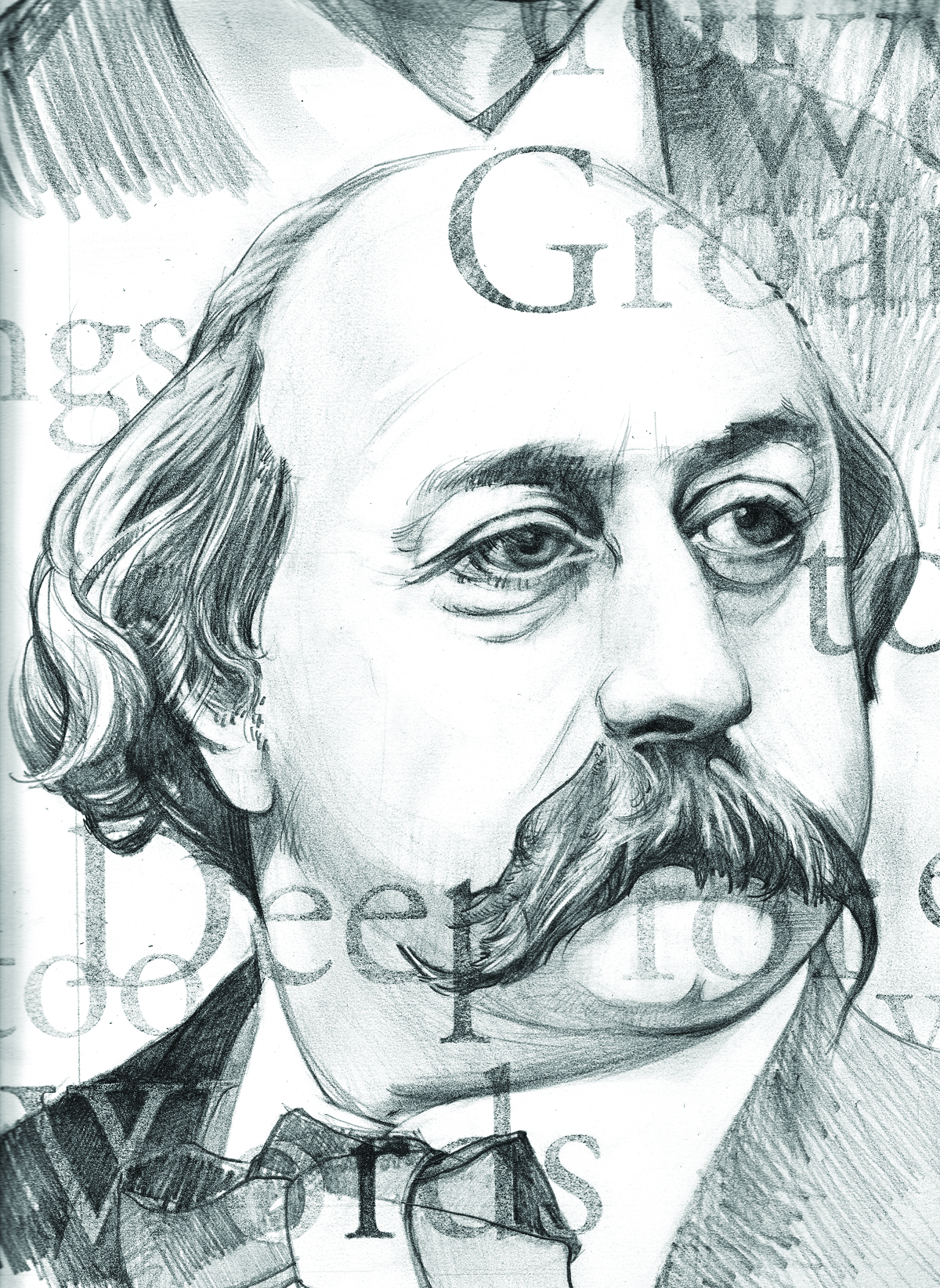 “Be calm and orderly in your life so that you may be violent and original in your work.” —Gustav Flaubert

The Burghers of Calais: The Story of Eustache de St. Pierre, 1347

The Burghers of Calais: the Reclamation of Auguste Rodin, 1885

Back When the Light Began Its Journey Toward Us and In Search of the Wise Woman is a set of productions: the first is a narrative about a wise woman, a girl, and a garden and the second is a documentary about the discovery process of finding the wise woman that the narrative tells the story of.

Back When the Light Began Its Journey Toward Us

In Search of the Wise Woman

This feature tells of an eccentric Russian elder whose tiny dwelling borders a metropolitan city garden where she has lived for as long as anyone can remember. She is mocked, feared, and revered at the same time as an eccentric: when the truth of her past is discovered by a curious girl vacationing with her family, a series of consequences show how the hermit is mysteriously connected to the health of the garden and the city that surrounds it.

An ancient Russian tradition, a mother who prayed, and a desire to serve people in her remaining years leads this documentary's narrators to wonder: where is the wise woman in ordinary life and how do I become her? A handful of friends uncover a troubling invisibility of the elder woman in our times and the loss of access to her unique wisdom. How can her vital presence be meaningfully restored in public and private communal life? And how can we tell her story?

An intimate drama in the magic realism style, set in the year of the pandemic, Lilli Wakes Up tells of Lilli Beaton who is forced to question the values of her domineering father that have led to the collapse of her marriage, loss of her child, and failure of a successful restaurant business. Her senses fractured by trauma, she flees to Denver, Colorado, to recover in anonymity at a friend’s empty loft during a season of global disruption that surreally matches her fractured frame of mind. As the kindness of friends and strangers helps her slowly return to her senses, she is led to redemption by the ghost of her father.

This feature, told in the style of magic realism, is the story of Samuel Withey Jr., son of two Salvation Army community leaders in rural Indiana who have recently died. Sam fears that his parents’ old-fashioned brand of community service is insignificant in his time, so he spends down his parents’ inheritance carrying on their work, intending to pack up and go when he reaches a “zero balance.” Juggling a dozen jobs to pay his bills (e.g. seed representative, school bus driver, track coach, hog farmhand, pastor, and community service coordinator), he is nearly at his goal of divesting his parents’ legacy when an encounter with an orphaned baby, a mysterious transient, and the chance for love shows him that his own identity in Loyal goes deeper than he realized.

A feature drama, set along an illicit human trafficking road starting with a kidnapping in Moscow, leading through Albania, into Morocco, down into central Africa and finally to the U.S, this story tells of a naïve American humanitarian aid worker, a disenfranchised documentary photographer, and the people whose lives they intersect in the complicated pursuit of “doing good.”

The Burghers of Calais: The Story of Eustache de St. Pierre, 1347

This historical fiction tells of the city of Calais at the desperate end of a year-long siege by ruthless English King Edward III. With many citizens already succumbed to the starvation and sickness ravaging the town, the town requests clemency, only for the King to give a cruel counteroffer: in exchange for setting the city free, he will publicly massacre six of its leaders as a symbolic show of his royal dominance. He didn’t count on Calais’ remarkable statesman, Eustache de St. Pierre, however, a man of faith and integrity who would be the first to offer himself as sacrifice, setting in motion one of the most remarkable redemptive events in civic history.

The Burghers of Calais: the Reclamation of Auguste Rodin, 1885

This partner historical fiction film takes place five hundred years after the sacrifice of the Burghers of Calais as Auguste Rodin is commissioned to sculpt a monument of the city of Calais’ patron saint, Eustache de St. Pierre. He was commissioned to sculpt one lone figure on a noble horse, mounted on a pedestal and dressed in finery, but what appeared to him in visions was an imagining of all five men, in their hour of greatest humiliation and suffering, as they stopped outside the gates of their beloved city for one last look of farewell. The envisioning of the burghers’ story in this monumental effort would divide the city of Calais, change Rodin’s life—and the world of art—forever after.

This historical fiction tells the story of Evangeline Booth, daughter of the founder of The Salvation Army, who was the only woman leader to have a decisive impact on America’s victory in a world war. She sent her “lassies and laddies” as chaplains and servants to the front lines where they were responsible for such a profound impact on sagging morale that many military leaders claimed her efforts turned the tide of the war. At the end of the war, Evangeline and her army marched in the victory parade as a peer alongside Pershing and Admiral Koch, at the end of which, she received the Distinguished Service medal from President Woodrow Wilson.

No more than an adolescent, An Nguyen fled his native Vietnam on the day before Saigon fell. He, his mother, and seven brothers and sisters escaped into a bizarre journey landing them in a refugee camp in Arkansas, and finally to Denver, Colorado, where his family was sponsored by an American couple. As he grew, his life-long propensity for art developed also, until as a teenager he was already winning attention and acclaim. Just after his 18th birthday, his mother was killed in a tragic car accident, and An stepped forward to support and raise his younger brothers and sisters first as an illustrator, then as an artist. His most profound artistic influence and mentor was the troubled but gifted artist known to his students as Gabriel. As An’s fortune and success rose, Gabriel’s declined into self-absorbed alcoholism. Their differing views of the American life--one a dream and the other a nightmare--provide the context for the dramatic story of a student who transcends his mentor in art and in life.

A young woman who has lived alone as a shadow artist, researches and produces an exhibit on Spanish art at the local museum. The passion of her own subject comes alive in her, jarring her comfortable life from its familiar routines. In the process, an aged, mysterious Spanish ex-patriot is drawn to her and her work, and hires her to transact a simple art import on his behalf. The unexpected intrigue and political turmoil which accompanies her mission throws her into the company of two polar opposites--a dignified Spanish diplomat and an unbridled American artist--who embody her inner tension between a safe life and a life filled with passion of her own. Though the diplomat represents everything she thought she wanted from a relationship, the strange American has a magnetic secret that she cannot ignore.

For all inquires regarding projects in development, please email info@burningheartproductions.com.