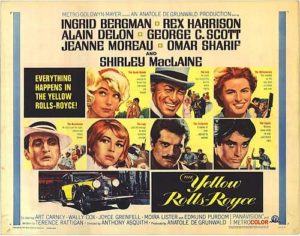 In a recent interview for the Los Angeles Times, Steven Spielberg described the challenges he faced with The War Horse, a film that stitches together a series of strangers by their mutual love for the same horse. It’s a big structural risk: it might easily become a series of disconnected vignettes. Given he had approximately seven minutes each, “making the characters unforgettable was the challenge,” he says. I was intrigued by his comments, as the Praying the Hours feature faces a similar challenge.

As I sat on a cramped plane to Ft. Wayne, Indiana, prepping for a project with roughly the bagel budget of a Spielberg film, films using similar structures sprang to mind including The Red Violin, The Yellow Rolls Royce, and even Crash. Crafting story is the great equalizer: when it comes to creating a screenplay that works, Spielberg’s writers boot up their laptops the same way we do. Our writing team includes some of the best talent I know—Kiri Zooper, Martina Nagel, Jonathan Foster, Matthew Webb, Wes Halula, and Tamara Johnston McMahon—yet worrying over this challenge has taken quite a bit of our focus.
The key to unforgettable characters is authenticity, in what my friend Bobette Buster calls “the gleaming details” of life that everyone senses to be true. Every story’s challenge is to create characters that are genuine, we just have to do it quickly. We have to keep the audience interested while we describe the character of the Hour convincingly, interestingly, and above all, in vivid familiarity.

In the feature Praying the Hours, Traveling Man will have about seven minutes to visit with each of the eight characters embodying the Hours: Vigils (a doubting theologian), Lauds (a loving single woman), Prime (a rushing man), Terce (an independent woman), Sext (a recovering stranger), None (a mournful songwriter), Vespers (a grieving fiancé), and Compline (a singer with “healing in her voice”). Once we started casting, our characters began to come to life, and they will be the living, breathing incarnation of our stories. Now that we are entering production, we will see if what we’ve been able to articulate on paper can come to real life on camera. Or, to put it in language appropriate to the season of Christmastide, if the word can become flesh.