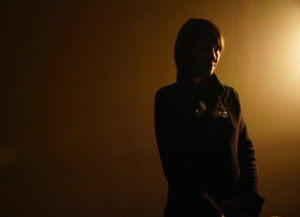 The opportunity to be part of the PTH team came as I was transitioning out of film and into a new city and career path. I was exposed to the concept of praying the hours after Director Lauralee Farrer had shown me a copy of her book Praying the Hours in Ordinary Life. I was personally looking for something to reconnect with my faith in Jesus Christ in a new way—the old forms and rhythms of the past were no longer fulfilling to me spiritually. As I was reared in the Pentecostal tradition, I wanted to look elsewhere and my attention turned to a more liturgical and contemplative expression.

As I began to study the subject matter I came alive on the inside. It was re-awakening something within me, something older and wiser than me, the rhythms of daily grace in an ancient form. 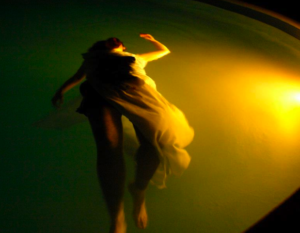 When Lauralee approached me about helping on the film, I felt the urgency of something I knew I wanted to be a part of. A team of us gathered and began to construct what these hours would visually look like based on years of thoughts, journals, and story boards that Lauralee brought to the table. The moods, colors, lighting shifts, seasons, and emotions opened up a new reality to me, one that was beyond time while also within it. It suggested a balance of fully living in this world while maintaining an otherworldly perspective. Somehow the two merge together flawlessly.

I was glad the first hour to be filmed was Compline. This hour was one I identified with the most, not only through past disappointments and losses but also in my current transition of ending one phase of life and entering another. Being part of the crew in Indiana gave me the chance to blend art and spirituality in a way that felt like a beautiful form of worship.

During the shoot I overheard comments reflecting the years Lauralee had been planting seeds to see this film project come about. I stepped back and took the whole experience in. The subject matter was a bountiful spiritual feast after feeling starved for quite some time. I am thankful to be part of a project that will be the same for others who need it as I did. Now that I have completed this transition, all I can do is pray encouragement and strength to those continuing to labor.

To the cast and crew I say, be strong and don’t give up! Provision will come, grace will meet you, and those longing for the nourishment of this ancient practice of prayer will be fed because of your efforts.