The Power of Generosity

One recent morning, before the None shoot, an unexpected expense came up that was very disheartening. That afternoon, in an equally random, unexpected way, someone texted to say she had been praying for us, and thought: I could give some money. I could do that. And a figure came to her mind, so she thought, that’s good.

The expense was over three times the amount of the donation, but a strange thing happened: we were more encouraged by the gift than we were discouraged by the expense. It made me wonder if there is such a thing as kairos money as well as time.

The incredible timing of her gift gave us the feeling that God sees us and draws others to us who are called to pray or to give at just the right time—this is a mysterious lesson that is as inspiring as it is unpredictable. It gives you the assurance that you are not alone. That, as Goethe said, the cosmos will open to help when you need it. 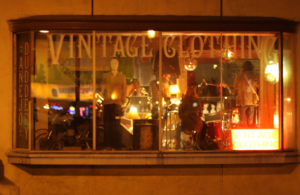 Other amazing things have given us the same “illogical” but profound encouragement. For example, we were planning on shooting with two cameras, but we still hadn’t received all the equipment for the one Red Scarlet that we ordered and paid for back in October. Yet the day of our first shoot here in Los Angeles—the very day—another friend of the production received the Red Scarlet camera he also ordered back in November, and he rushed it over to us to use. To my mind, that’s two miracles: that the camera arrived within hours of our need for it, and that the new owner was as excited as we were that we should use it. The brand new camera for which he’s been waiting breathlessly since November—that’s the one that he dropped off for our use and thanked us for the privilege of doing so.

We are limping through the costs one inch at a time. That is stressful. But now and then, at just the times when we need it, an inspiring gift of confidence, generosity or other encouragement will come through. Like the day that a location turned sour and we lost an important venue, only to replace it immediately with something much better—Mario’s Añejo Duddery in Echo Park. We rewrote the scene to make use of his unique place, and we had a blast. He thanked us over and over for coming to his shop, took photographs with us, invited us back, helped move equipment, acted as an extra in the scene—even loaned Aaron Paul Ballard a shirt for a pickup scene that he later gave him as a memento. 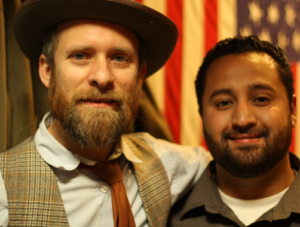 Alongside these uneven ups and downs, slowly but surely, we’re shooting the project. We are 2/10ths of the way done. No one is quitting their day jobs or wrecking their marriages or losing their health, and the film is starting to get in the can (or the hard drive). That, too, is a mystery. It’s not easy. Tamara and I were just discussing yesterday how this work pushes us to our edges and forces us to face our weaknesses. But it’s good work. And good stories. And good filmmaking. And in the midst of the good stories and filmmaking, the generosity of friendship is the truly transformational power, through which we end this process different people than we began it.

Thank you, Patrick Duff for the photos, and for your remarkable generosity.