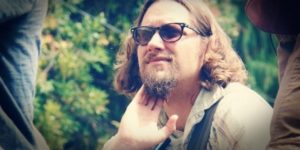 While I was a student at Fuller Theological Seminary I studied theology and film with a focus on trying to integrate my faith and my art. I didn’t want to make films exclusively for Christian audiences, and I wanted to do more than just think theologically about the stories I brought to film. So after three years of theological study and rich dialogue with Lauralee, Matt Barber, Aaron Schuh, and other Christian friends who were filmmakers, the idea emerged to “simply” articulate what it was that was important to us when it came to making films, and use language that could be adopted by filmmakers of all faiths or none. And with the great help of Barber and others, the Kinema Commonwealth Manifesto came into being.

The manifesto is a one-page document outlining values for filmmaking that might help shape the decision-making process for artists in the craft. A little ironic that after four years in graduate school, the culmination of my work could be summed up in one page (single-spaced!). The crux of the manifesto is that as filmmakers we want to create filmmaking environments that are based on respect for individual filmmakers, the larger community and the film itself. Rather than have a bottom line drive decisions, we wanted our love for people and the craft to shape our decision-making process.

So we tried it out on a short film, Weathered, and received some great feedback. Crew members told us that they had never felt more cared for on a set. One camera operator cornered me and kept pressing me for why we were so kind to everyone. When I told him it grew out of our faith he cried, “I knew it!” And then he told me about his Orthodox upbringing and how much he loved working with us.

It’s a contagious kind of thing. Lauralee and the producers of Not That Funny made the values of the manifesto central to that filmmaking culture and process, and now we are living it out (or trying very hard to) on . And we’re consistently told that it makes a difference. That people feel cared for. That the environment is collaborative. That at some level it’s working and the Kinema Commonwealth community is growing.The Kinema Commonwealth Manifesto is not a rigid set of rules or a pie in the sky dogmatic theory. It’s just folks who love making movies and loving those they make movies with. Trying to make the world a better place to be one frame at a time. To learn more about the manifesto or dialogue about ways to engage the values in everyday filmmaking, shoot me an email at matthewswebb@gmail.com. 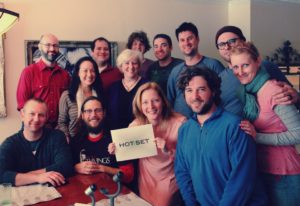