Telling a Story Everyone Already Knows 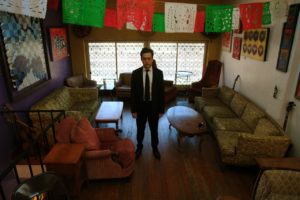 We are created in such a way that we cannot see our own faces, but require others to let us know how we look—what expressions we are telegraphing or whether or not we have spinach in our teeth. This is a hint to me that we were made to live in community.

Our hope with the Praying the Hours project is to give a glimpse into characteristics of time with which we are so familiar that we have ceased to be able to see them. The Greeks had two names for time: kairos and chronos. Chronos is clock time—time that is laid out in rows and calculated like money—its value is determined in increments. A minute can be wasted without regret while a lifetime cannot. This is the kind of calculation of time that makes it possible for us to be precise about class schedules and paid working hours. The Greeks named a god after this time—Cronos—a father who devoured his children.

Kairos, however, is more mysterious, less controllable, more exciting. The Hours of kairos are marked by the sun and the moon, the seasons and the cosmos. Each increment of kairos, no matter how small, contains all that is Ultimate, all that has eternal value. To speak of kairos is not to talk about a moment or a lifetime but something more like a happening. A song or a potent emotion can crack the surface of chronos and plunge us into kairos. You can spend a lifetime there, like the Pevensie children in Narnia, and return without a second of chronos having passed. Kairos time has a different character than chronos, naturally, kairos is filled with “grace.”

When I first became aware of the distinctions between “kairos” and “chronos” time, I felt, as T.S. Eliot put it in Four Quartets, that the end of all my exploring was to arrive where I started and “know the place for the first time.” It was then that I thought we might be able to embody the hours into characters and tell a story of chronos and grace that would be immediately familiar to people. Our challenge as filmmakers is to remember that we are telling not just the story of characters but of the Hours themselves. And so far, the place we have most often discovered the path into kairos is through the human face. 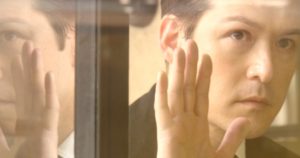