Success Is What We Say It Is

Director Lauralee Farrer and actor Evie Webb share a sweet moment of connection while making a movie together.

“Woah,” he said, tears filling his eyes, “that’s it right there. That’s everything.” I was in conversation with a young artist at the end of his strength in that strange dance marathon of making a living while also making his own art.  He started our conversation declaring that he is “through”—done with spending all his creative energies on high-stress projects that clients actually care nothing about. Neither do they care about him. “It’s not even like I work for a few weeks and make enough to buy a few weeks of my own creative time, no,” he said sadly, stalling out of words for what he felt. Like pouring himself out onto the sand, I thought, knowing the feeling well, as every artist does.

As we shifted to talking of creative projects that don’t pay the rent, I told him of an email from a friend who watched Praying the Hours when he and his wife were tempted to despair about the future. The feelings that the film evoked in him were spilled out into an email that was unvarnished, raw, and pages long: “In the midst of that,” he wrote in closing, “we watched Praying [the Hours] and felt strangely comforted. Reminded of the love and light that holds us and this all together. I was inspired to be in each moment, doing all I could to help myself and others and this earth. This part is beyond words but important for me to share.” This I quoted to the young artist, who nodded energetically, soothed at the reminder that his work can be life-giving—to him and to his audiences, whoever they are, large or small. My friend’s timely email gave words to what this young artist longs to do for others.

There are many ways that a labor of love, once complete, can find its purpose. For me, my friend’s words tapped a riptide I didn’t even know was there. When we finished production I felt like Sandra Bullock at the end of Gravity, fistfuls of wet sand in my hands, just happy to be alive. And yet post production awaited—its own, unrelenting process. Along the way, it was years of “why am I doing this? Will I ever finish? Will it matter if I do?” My friend’s lengthy email was cool water on a fevered brow of worry I had been carrying all these years. Under the surface were relentless questions: Would the time and energy, given by my friends so generously, be worth it in the end? Would Matthew (on whom the character of the Traveling Man is loosely based) be proud of the film we finally made and dedicated to him? That email meant I no longer have to wonder if the film has purpose because it did something lovely for him and his wife, beloved friends. That’s enough.

As I have mentioned here before, I had an image about this film’s release, of standing at the top of a hill and pouring water that ran in rivulets down the hillsides, sinking in wherever the ground was soft. When it did, little green plants popped up with white flowers that smelled like jasmine. “Your email,” I wrote back to my friend, “was that green plant, that outcropping of white flowers, that beautiful scent.” It released me from self-consciousness; now, I can work on the film’s release with interest and curiosity instead. 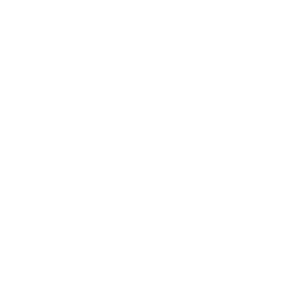 Since that first emancipating email, there have been other affirmations. The film has been accepted into its first festival (Port Townsend Film Festival) and politely turned down by another. In the next few months we should be hearing from other festivals—accepting or rejecting. These are really just ways of saying, “we are (or are not) the audience you are looking for.” Thank you Port Townsend for knowing your audiences so well. What a privilege to be returning to one of the best independent film festivals in the country.

In the meantime, responses from individual viewers trickle in, giving courage. One viewer wrote, I felt like the film was able to sit with me for hours with my pain and questions as no one else has been able to do. Another: the simplicity of the storytelling allowed the sheer humanity of existence to be raised up. . . . the whole idea of eternity not being at the beginning or the end, but running throughout our lives—you found a way to make that real in the most delicate way. One person asked permission to share the film with a small group of friends. Another wanted to pass it on to a group of colleagues. Yet another shared it with siblings after the memorial service of their parents, even scheduling a zoom call to talk together about it. Several have written to say they’d like to investigate prayer in a new way, hoping to find scaffolding that will bear the weight of this difficult season of reentry and change we are all in. This means that the film is prompting a broader conversation—the water is rolling downhill.

When your film is accepted into a film festival, you have the honor of being able to display a badge saying so, like the one here. However, there aren’t any laurel leaf badges to signal when a work of art helped a family through grief, invited a couple out of despair, or sat in someone’s pain with them. But my young artist friend is right: What is it when hard times are at the door, and yet someone says they were moved, inspired, and changed in the midst of it? When they sign off, “sent with all the love and light I can muster”? It’s everything.—Lauralee Farrer, Director

*This Just In: Thank you Loren and Suzie for your contributions to the release of Praying the Hours. Loren, it was enough that you gave so often of your talents along the way and Suzie, what a deep and sacred time of your life to be thinking of the needs of others. And even so, you each gave generously. Thank you, both. (If you want to see the film or receive updates, write to info@burningheartproductions.com. To contribute to its release, go here.)