Not That Funny Writer Jonathan Foster and Writer/Director Lauralee Farrer in a classic car parade for the 2014 Port Townsend Film Festival.

Not all film festivals are created equal. There’s a very small handful of “majors” like Cannes, Berlin, or Sundance, where stratospheric deals are made, celebrities parade, lives of undiscovered talent change forever. There, the world gets a glimpse of what they’ll be watching in the coming year while some films sink into obscurity. At the “mini-majors,” festivals like SXSW or Tribeca attract filmgoers, networkers, and acquisition agents who scope out projects for content-delivery platforms like Netflix or Hulu or discover new talent. At these, there is a lot of emphasis on networking and “what’s your next project.”

Then there are the city, community, and one-person band festivals focused less on market and more on movies and film-loving locals. If they are well-run, such as Port Townsend, Heartland, or Ashland, they are filled with robust, discerning audiences who like to be challenged by films and their filmmakers. It’s the difference between an arena and a coffee house. Great concerts can be had at both–but it’s important to know in which venue your film belongs. 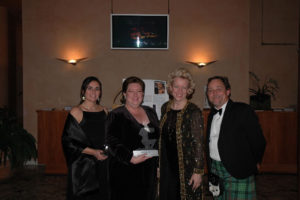 Burning Heart Productions have flourished at festivals in the mid-sized and smaller categories, even winning audience awards or best of fest. One of the reasons we’ve done well is because we make films that people love to discuss. Such films don’t have to appeal to millions, just the audiences that view them. Still, I am unsure if such fests are right for my most unconventional film yet, Praying the Hours. That’s okay–there is a very easy way to find out: submit an entry. Costing between $40-$100, submitting to a festival is a good early stage of establishing the parameters of a film’s audience. With some due diligence, judicious use of portals like Film Freeway and individual festival websites, I can get a feel for which festivals may be looking for a film like this one. In some cases I know the directors personally, and I trust them. They know what will interest their audiences, and they make honorable decisions that benefit both audience and filmmaker. 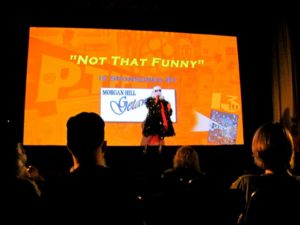 Based on this logic, how did I end up submitting Praying the Hours to a festival in Poland? The answer is both strategic and instinctual (just like filmmaking). I have a hunch that American audiences may have a hard time with Praying the Hours initially, whereas audiences outside the states may find it more accessible. Here’s what I mean: it’s a philosophical film, three hours long, narrated by a dead person, and some of it’s in French. As one friend said, “it’s not Liam Neeson with a gun,” but rather unfamiliar actors in a story with obscure independent film sensibilities and possibly even subtitles. (Gawd!) So, I thought I might start with audiences who find that more familiar—even intriguing.

The structure of the film is based on the hours of prayer as observed by the three Abrahamic traditions: Islam, Judaism, and Christianity. Countries that have a robust independent film history as well as deep Abrahamic roots might need even less contextualizing. Thinking this way, Poland, Hungary, Korea come to mind–with a peripheral vision open for Jewish or Muslim audiences. What about some event where an imam, a priest, and a rabbi are all brought together to discuss their mutual observance of praying the hours? How do I find or inspire someone planning an event like that? Because now we’re talking about something that the film was made to facilitate in a unique way. 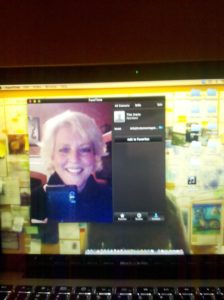 zooming with one film festival while attending another with competing dates

From a wholly different POV, I looked for festivals that have signed the “parity pledge” requiring a balance of women feature directors and their unique films. I started narrowing down the overwhelming field of potential festivals by using a free-floating dream of “Poland,” culling festivals and audiences by their own mission statements and brands, choosing signatories of pledges that urge openness to voices that have been traditionally overlooked, and of course, my gut instinct of where we might be welcomed.

Submitting to festivals is like beta-testing a new film. I know what kinds of responses my films usually get. I’ll see what response I get to this one, and if it is a wash, well, I’ve learned something from a very skilled focus group for a relatively low price. Festival screeners are well-versed in watching independent films. They have intense investment in the films they choose to program but no loyalty to me whatsoever. That makes them a very unique and important audience for us to listen to. 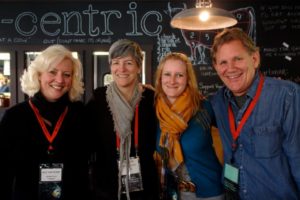 Festivals generally take place in fall and spring, with calls for entry opening in the opposite season. I’ve spent half of my festival entry submission budget on 12 festivals in the fall and will wait for the next season of calls for entry to spend the other half (depending what I learn on this first phase). Now that I am on tracks with film festivals, I’m focusing on the next few release possibilities—which I will say more about as they take shape. For the next few months, it will be fun to see who responds, and how. And if there’s anyone reading with a friend who leads a small independent film discussion group in Warsaw, send them this link.—Lauralee Farrer, director

*This Just In: a couple of friends who wanted to help with release costs for the film contributed some money to increase the festival entry budget. I’ve expanded my festival submissions to include a few more international Fall and Winter possibilities including festivals in Budapest, Malta, Yerevan, and Estonia. Thank you Becky and Laura! (if you want to contribute to the costs of releasing Praying the Hours, you can do so here.)