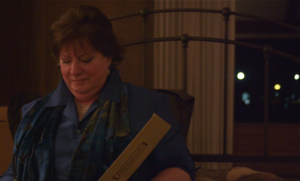 It’s risky to use non-actors to do your storytelling—you have to know that something else about them is compelling: that the camera will find them interesting, that they are going to give something authentic that will be moving, they are going to be brave enough to bring something fresh that no one else could bring. 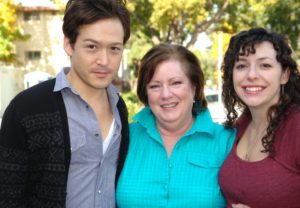 The process of capturing those authentic moments relies some on shooting style, but mostly that the actor will allow the director to guide them someplace they might not expect, but where they’ve already agreed to go.

There is an important moment in the story of “Compline” when she opens a photo album to see photographs of herself with someone recently dead. Such a strange experience—to hold in your hands evidence of their existence, and at the same time know that from the taking of those photos to the looking at them, everything has changed. You hold proof in your hands that they existed, and yet they are no more. 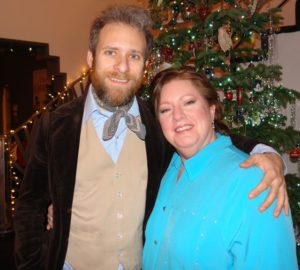 That scene was the first one in which we asked Marcia to speak in Compline’s voice, and I knew she was willing, but also circumspect:

Up to that point, I had not been required to speak on camera, so I didn’t feel pressure to “act.” I was nervous, however, because somehow I felt like the real challenge was about to begin. In previous days, when I felt I’d blown it on camera, I would stop and apologize or somehow acknowledge my error. Lauralee came to me before this scene and very quietly said that no matter what, don’t break character or acknowledge the camera or production team in any way. She told me to just go with whatever happened. I sensed there was something behind her admonition, but accepted it at face value. In this scene, I was to open a photo album that arrived in the mail and see photographs of Compline with loved ones. We shot photos of me with fellow actors Chris Min, Liz Montgomery, and Aaron Ballard to be used in that album—so those were the photos I was expecting to see. However, on the first page was not Chris Min but Matthew Diederich—our beloved friend on whose death the Traveling Man is based. Though I was stunned, I remembered that Lauralee warned me to keep going no matter what. I stared at his sweet face, and the tears that came were not “acting.” One of the things Chris Min told me about acting is to always tell the truth. In that scene, I did. 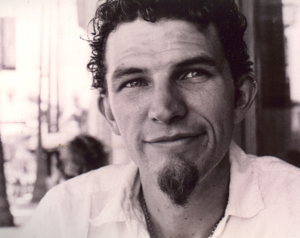