In each of the unique stories in Praying the Hours, the writing team draws on the realities of our locations, the stories of the actors, and the personality of the Hour of the day for each story. It’s one of the tenets of no-budget filmmaking to write around what already is, but in our case, it goes deeper than budget. 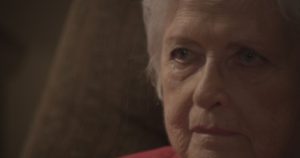 Our shooting style accommodates capturing the unexpected—much as might be the case with documentary filming. In the case of each person we’ve asked to portray an Hour, we’ve tried to craft the story in such a way that the telling will be deeply intuitive for them. Often, that means drawing from the life of the actor for the story they will be telling—a very untraditional choice to make. In most cases, this requires great bravery from our cast. Marcia Whitehead recalls:

In sculpting the script for Compline, the director wanted to borrow from my life experience to bring the Hour of Compline to life. As we discussed this on several occasions during the weeks preceding the shoot, I became more and more emotional, fearing that exposing so much of my soul would be painful. It’s not that I was afraid to let people into my life on a deep level, but I was afraid that reliving certain experiences for the camera would take me back into the emotional depth of the original events. 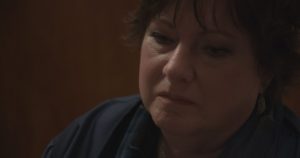 Marilyn Sumner is one of the most delightful people I’ve ever met and we formed an immediate bond. My brother and I are both adopted and it turns out that Marilyn has two adopted children so we connected on many levels. She was so dear during the shoot that when the camera stopped rolling, she was eager to be sure her dialogue wasn’t hurting my feelings. We assured each other that we were just “playing pretend.” My feelings were not hurt at all, actually, and we had a great time together—she said to the crew afterward that it was one of the most significant experiences of her life! And my fears of reliving past pain were never realized.