A Producer in Charge of Prayer

My name is Grace and I am lucky enough to be the producer overseeing prayer for this project. Never heard of this fascinating title? I will go out on a limb and say you’ll be hard pressed to find another producer of prayer for a film. Little credit for this is due to me but to the nature of the Praying the Hours project, and the importance that director Lauralee puts on prayer as an integral part of the production. 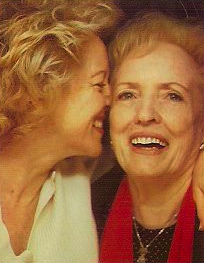 The Praying the Hours project is being built on a legacy of prayers—for many years Bette Farrer, an intercessor and Lauralee’s mother, prayed continuously for the movie. Her prayers form the foundation of what we continue to build on, and though she has moved on from this life to the next, her mantle has passed on to those of us who have committed to pray for this project. It’s a privilege to follow in such awesome footsteps and to be part of something that God is creating here on earth as He has already done—I believe—in heaven.

On the most basic level, my job is to inform the prayer team on a regular basis of the needs and requests submitted by the production team and to be a conduit between the two. That, however, is like saying that flying is only about getting from one place to another—without taking into consideration the miraculous adventure of flying itself. Prayer is an organic, living state of being, and I have the immense privilege of experiencing it with our production crew and prayer team. What makes this film unique is that God’s will and guidance is sought every step of the way. Story? We pray. Equipment? We pray. Finances? We pray. Cast members? We pray. You get the idea.

We are nearly a year into this project now (in the current form) and I can’t decide which I find more amazing: God answering all of our prayers (which shouldn’t surprise, but you know it does!) or how people have been responding to the filming process and even more so the call to prayer. Maybe both are equally awe-inspiring. 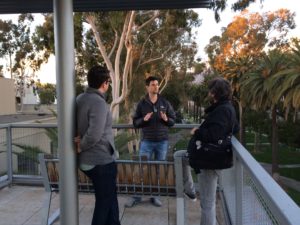 A constant source of prayer requests have been for finances and equipment. Can you blame a small independent film? And yet, often at the 11th hour, God has miraculously made possible that which would seem impossible. Although God has not dropped all the money we need on our laps, he has provided for us at every step of the way. Our human preference might be to say, I’ll take the whole lump sum, God, but God seems more interested in the process. As a team, we have, time and again, gone before God asking for what we need and He has answered in His own unpredictable way. I have seen what this does. It requires us, His people, to be in constant communication with Him—which perhaps is the whole point. Does it still require a lot of faith and going out on a limb? It sure does! But it’s also an amazing experience of fellowship and faith.

Behind the scenes of this project are countless prayer team partners who have agreed to pray for our film. I see them as our silent crew that give of themselves without acknowledgment. Each member of our prayer team is a source of inspiration and encouragement for me and I am grateful to be behind the scenes in prayer with them.