Have I Ever Heard of You?

Artists are used to this: A friendly stranger at a dinner party asks, “So, what do you do?” It’s a polite, well-intentioned question, but it will end badly. When I answer, “I’m a filmmaker,” fervent but misguided questions follow, usually some version of, “have I heard of anything you’ve done?” or as one stranger asked me, “Should I know who you are?” Such questions lead to accurate but reluctant self-deprecation: “No, (sigh), probably not.” Halfway into the explanation that “I make small, independent films that are different than . . . ” the interruption of an hors d’oeuvres platter is enough to leave me mumbling the rest of my explanation.

I don’t blame anybody—few people know how to break the ice with new acquaintances. It’s nearly impossible to steer a superficial, half-frozen answer to “have you worked with anyone famous” toward something meaningful, uplifting, genuine. What would I prefer people to ask instead? The truth is, I don’t want to talk about the stories of my films. To badly rephrase Flannery O’Connor, if I could adequately tell you about them, I wouldn’t have to make the films. Oddly, however, I love to tell stories about and around the filmmaking experience. Often these give me the courage to make the next one. There are several stories like that which have emerged recently.

I couldn’t have been more surprised when I picked up my phone after a series of quick text alerts to read this: “OMG. Tonight I watched your documentary The Fair Trade. My heart is full, tender with feelings of melancholy. …Hard to hold all that I experienced from Tamara’s tender life. Thank you!” A friend had stumbled on the film, available on our new website to stream for free. Just what we hoped would happen! We made that film in 2008. 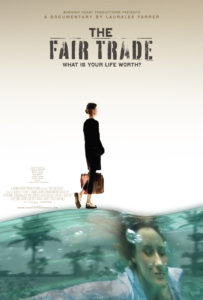 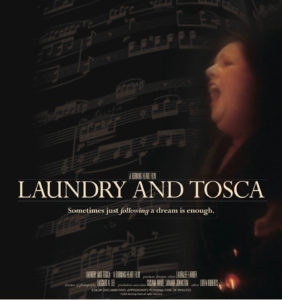 A few days ago there was an email from Marcia Whitehead—who is featured in the short documentary Laundry and Tosca—with the subject line “I’m now an antique!” She heard from someone who found our film in an antiques and collectibles bin in Blacksburg, VA, and bought it. Afterward, he wrote, “Last night, my wife and I watched the video, and I was prompted to look up what happened after the video was done, over a decade and a half ago.” He wants to invite Marcia to come and tell her story at the college where he teaches. We made that film in 2004.

Someone else wrote to say that a project we wrote, produced, and directed (executive produced by Boulevard Pictures) had an unexpected impact on her family as they were grieving the death of their parents: “Just had to tell you how much we all loved Not That Funny! So much about it—the realness, the familiarity of the setting, the awkwardness in relationships, the sadness of aging loved ones, the sense of home. St Rita’s, so prominently featured, is a church that I’ve attended many times with my parents over the years!” It seems they chose the film hoping to lighten their mood on a hard day only to discover that, because it was set in a little Southern California town their parents loved, soothing memories came rushing back for them all. That film? 2012.

Even when you’ve finished and released an independent film, it can live on for quite awhile. You’re responsible to support it the whole way. On the flipside, now and then they give you courage as they continue to challenge, encourage, comfort, or provoke—even from a discount dvd bin. This “revival” of some older work is partly because BHP friends and website designer/builders Katy Cook and Elijah Davidson have made it possible for anyone to see The Fair Trade and Laundry and Tosca for free (you can also contribute right there on the page, as some have requested). And even after a decade in the wild, our feature romantic comedy Not That Funny recently became available on Amazon.com (thank you Chris Bueno)—with a rash of new five-star ratings. This long road of release is the one on which our latest production Praying the Hours has just begun. Finished last month, it will find its audience over the next year or so and will find its purpose in a variety of unpredictable places while we are working on the next ones.

These moving stories of people affected by heart-felt films have nothing to do with fame or box office success, but they are what I try to steer toward when someone asks “have you made anything I might have seen?” If they have to ask, chances are they don’t know the films, but it’s likely they’ve had the experiences that they reflect upon. That’s the point, after all, of stories. Not so that their makers might become famous, but to see ourselves more fully. To see that we are loved.

*This Just In: Marcia and Dianna and Simon have been contributors to Praying the Hours who have really gone the distance. They’ve been on screen, behind the scenes, ongoing encouragers, and now, donors to the release of our latest film. Rare that the same action has the power to humble you and give you courage at the same time, but theirs have—and they do. (If you want to contribute to the ongoing costs of releasing Praying the Hours, you can do so here.)